"The Great Pretender"!
For more than 40 years, Virgil Gibson, the former lead singer of the world-famous Platters, has been crooning the lyrics to that tune to paying audiences all over the world.  Now, he shares it for free with troubled teens, hoping they will find the pearls of wisdom hidden in this golden oldie.

“Kids always pretend to be something that they are not, in order to fit in or look good. Peer pressure tempts them to become great pretenders,” says Gibson. “When we can get them to sit down and be honest with themselves, when they have the courage to be true to themselves, when they no longer have to pretend, they can fulfill their real potential.”

Throughout his long career, Gibson has reached out to many troubled young people. And though the children think Gibson is, to use another Platters’ title, “One in a Million,” the recording industry as a whole has ramped up efforts to leverage its connection to kids for their betterment.

“Be what you want to be, just pick whatever you want to be and go after it. And, I think, the kids need to see something profound: Not just, do it your way; you want to do it the best way.”

If there are any heritage links between doo-wop and rap, Gibson doesn’t want to trace them. “Some part of rap I really detest. Using all kinds of names for women — I think that is the most degrading thing you can do. I deplore people using that kind of language. I have a mamma. Everybody has a mamma.

“But I have heard some very positive rap. It sounds like it is coming around now.”

Unless it does come around, he says, it’s an opportunity lost because music’s potential is incredible: “Music sets the tone of the whole country. The kind of music being played has an effect on everybody: on [a person’s] attitudes towards peace and towards love. The music I do sets you in the mood to be more loving and concerned with the people other than yourself.” 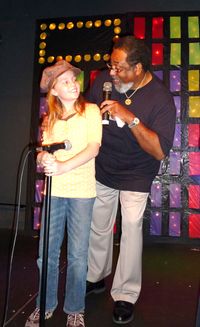 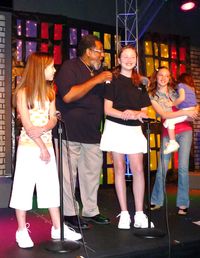